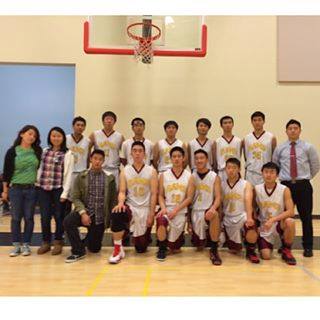 The high school basketball season is underway.  Chinese Christian is fielding a varsity team for both boys and girls and a JV boys team this year.

The varsity boys team is being coached by CCHS Alumni and currently in his second year as a science/math teacher at CCHS, Mr. Darrell Yee.  Mr. Yee brings a lot of passion to the team and has them off to a great start posting wins in their first 3 games.  Many of the players from this year’s squad have stepped up to fill positions vacated by seniors from last year’s team.

The varsity girls team is coached by Mr. Kimball Wong.  Entering his 10th year helping the girls program, Coach Wong has helped turn the program around and have helped develop competitive teams.  This year, Coach Wong has a balance of returning players and newer players.  He is aided again this season by Mr. Kenny Lim.

Thanks to the great crowds of fans that have been coming to our home games and supporting the teams.  We look forward to an exciting basketball season!!  GO RAMS!!

Fall Sports off to a good start