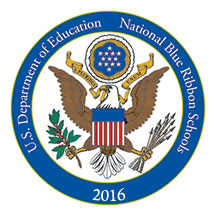 CALIFORNIA CROSSPOINT HIGH NAMED ONE OF THE BEST IN THE NATION

HAYWARD, CA, Wednesday, September 28, 2016 – U.S. Secretary of Education, John B. King, Jr., announced this morning that California Crosspoint High School has been named a National Blue Ribbon School for the second time. California Crosspoint is one among just 279 public and 50 private schools receiving this year’s award, the highest honor afforded to schools in the nation.

“Exemplary High Performing Schools” like California Crosspoint first qualify for the award by scoring in the top 10% nationally based on standardized test scores. Qualifying schools then complete a comprehensive application process which is reviewed by the U.S. Department of Education and also the Council for American Private Education in the case of private schools such as California Crosspoint.

A delegation of Crosspoint administrators and teachers will travel to Washington, D.C. to receive the award at a two-day ceremony November 6-7.  However, there will first be a local celebration as the school is also commemorating its Grand Opening at its new campus in Hayward this Sunday afternoon.  The public is invited to attend the dual celebration from 1-5PM at 25500 Industrial Blvd, Hayward. The school will have displays of student work and achievement, with a short program at 3:00PM with Hayward Mayor Halliday scheduled to be in attendance.

California Crosspoint High School is a private, independent, university preparatory program that has developed an international reputation for academic excellence.  The school and its students have earned numerous recognitions, including the U.S. Department of Education’s National Blue Ribbon School Award of Excellence in 2003 and 2016, the highest honor bestowed on schools in the nation. Since opening in 1979, every graduate has gone on to college or military service. Based on the Washington Post’s ranking of “America’s Most Challenging High Schools,” California Crosspoint ranks in the top 1% in California and the United States.

Open Enrollment for the Fall – New K-2nd grades!
Come and take a tour of the campus, ask about the curriculum and meet the staff.