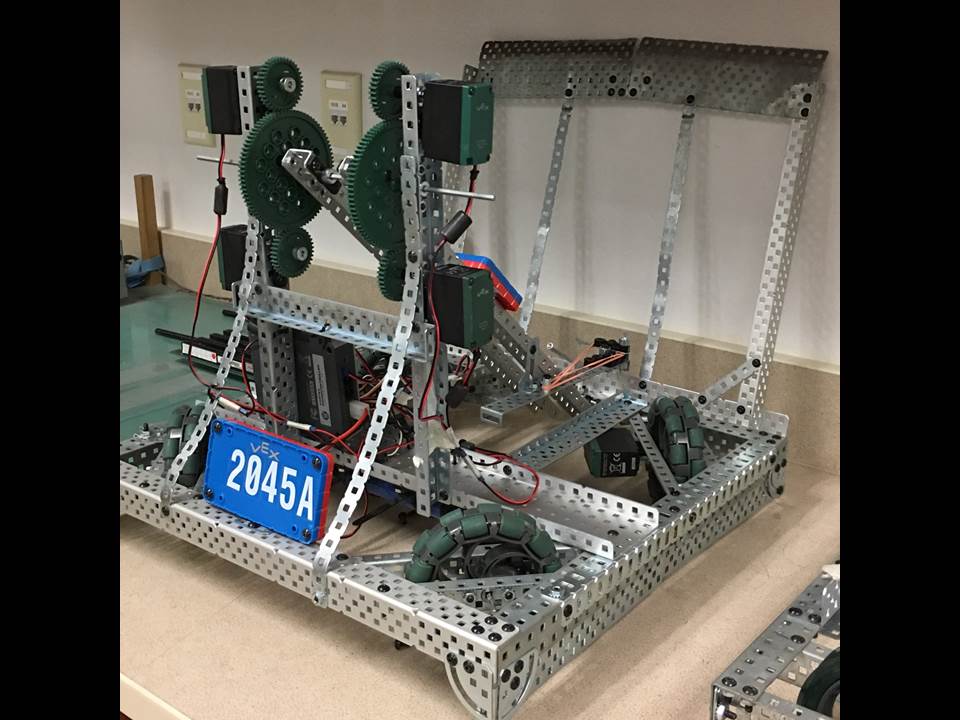 Our Vexbot team has been competing the past four months leading up to the league finals this past Saturday. Going into the competition, our team ranked 10th out of 25 teams. However, for the final matches, they were ranked 6th and formed an alliance with a lower ranked team.

Just before the match, it was discovered that the partner team was missing a customized code to control their robot, so our team wrote one for them in 10 minutes. This was a critical difference in many upcoming matches during the initial 15-second autonomous mode. This allowed our team to defeat the number three seed and advance to the semi-finals. Against the number two team, they each won one match and went to a tie-breaker, the only one in the competition. In the final match, our robot had an electrical problem that caused the robot to malfunction, otherwise they could have advanced to the state championship.

Congratulations to all the team participants,Louis Shek, Ken Ng, Ngoc Nguyen, (not in the picture: Richard Zheng, Henry Li, David Zhu) for a great first year. The students are looking forward to doing even better next year. – February 6, 2017

Open Enrollment for the Fall – New K-2nd grades!
Come and take a tour of the campus, ask about the curriculum and meet the staff.